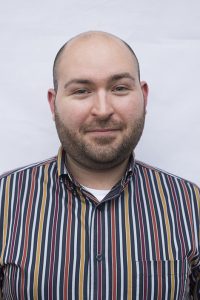 Ryan Huneidi is the owner of Huneidi Services of Edwardsville, IL. At the age of three Ryan was given his first computer, which ran IBM’s OS/2 operating system. Ever since those days of sitting at the computer playing the built-in “Cat and Mouse” game, Ryan has progressed in his knowledge of computers. There is not a computer problem you can present to Ryan that he cannot solve. Even as a young boy Ryan helped his father with many problems at large companies. Each time a new product was released or software developed, Ryan was, and still is, one of the first to test and master them. These early successes helped Ryan in many of his first jobs. Starting in fifth grade, Ryan began working in the Lutheran School system. Ryan assisted in developing the first network at Trinity Lutheran School in Edwardsville, IL.

Ryan was the only student member of their first technology board. He continues to support and answer questions of teachers and faculty there. He also helped to develop their first website. After graduating from Trinity Lutheran School, Ryan continued his education at Metro East Lutheran high School.

In his freshman year of high school Ryan began a four-year development plan to take the school to the 21st century. The school had a static and outdated website, computers running a mixture of Windows NT, Windows 95, as well as Windows 98. The first thing to go was their outdated proxy server. Ryan took the school from a slow and useless Internet connection to a full t1 connection that served the staff and student simultaneously as well as served a website and e-mail. Ryan incorporated the newest technologies in all aspects. The latest routers, firewalls, switches and software were installed. In a bold move for the time he made the decision to run Windows Server 2003 as well as Windows XP on all machines. Through contacts Ryan was able to help the school attain cutting edge computers with LCD monitors for a mere $200 a piece, thanks to a grant program. Throughout his four-year span at Lutheran High School Ryan also developed many websites to meet the needs of the school. These included initial static sites, which grew into more dynamic sites as the years, went on. As his senior year came to an end, Ryan helped guide the school into a program where their site is maintained by a grading company to help secure that they would continue to grow and move on.

During his four years at Lutheran High Ryan also was used to spread his knowledge to other students as a student aid and even as an actual teacher. Ryan helped teach many computer classes by answering student’s questions and at times creating spur-of-the-moment lectures. He was recruited his sophomore year to teach Computer Animation, LightWave 7.5, never really having used the program before, Ryan was able to create a lesson plan, assure that the students were fairly graded and that they did learn the product.

Ryan’s first major project outside his work at the high school was working for an ophthalmologist’ firm in Edwardsville and Collinsville, Illinois. Ryan was drafted to help install a new software application from the ground up. Migrating from an archaic Linux version to a state of the art Windows based application; he architected the software and hardware integrations for both offices. He also incorporated a VPN (Virtual Private Network) between the offices. This proved to be extremely helpful Ryan was recruited to continue to work at the offices after the job was complete for an additional year for tech-support as well as actual office duties.

During all these years of creating systems for both schools and businesses, Ryan has been building his own business— Huneidi Services: a multi-platform, multi-media company. His knowledge allows his business not only to focus on software and hardware repairs but also on designing projects. He is able to create fully functional websites for many types of companies or organizations. His skills do not stop at static or web media. He also has the ability to create stunning videos from pictures that will amaze your family members or friends at a gathering.

Today, Huneidi Services stands on the forefront of emerging technologies ready to take care of any and all of your technological needs.